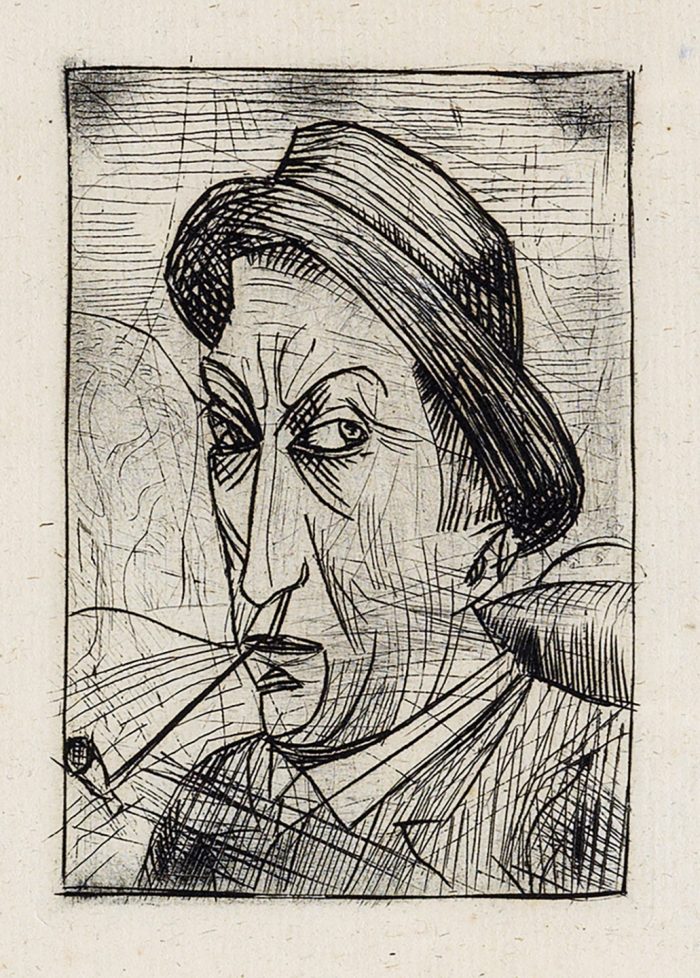 Self portrait of Derain at 33, before going to the Great War.

Chatou 1880 – Garches 1954.  Derain works have been present at St. James’s Art books since the early days of the gallery. This was initially due to the incontrovertible fact that he is the most affordable of the French artists of his generation, although by importance and influence he is among the few at the top. From a glorious start in artistic partnership with Matisse in the famous summer at Collioure in 1905 to the companionship with Picasso in the closing years of the first decade of the XXth century, Derain proceeded to ascend the pantheon of French modern painting, but the Second World War spelt disaster to him: as every student of the period knows, Derain took part in 1942 to an ill-conceived and misguided propaganda tour of Germany, accompanied by Vlaminck and Dunoyer de Segonzac among others. There is a even a short film of the visit of the French great artists to the studio of Arno Brecker, all of them looking pleased, presumably with the lunch they just had. At the Liberation, Derain was proscribed by his old friend Picasso and his status, and prices, have not recovered to this day. In our view, a long time has now lapsed from those tragic and contradictory days, and a clear separation can be operated between his entire artistic importance and relevance and a political misjudgement he made on a single occasion. We are always pleased to add a new work by Derain to our stock, and to be able to offer it at what is invariably a very modest price, when compared to equivalent works by comparable artists of his generation.